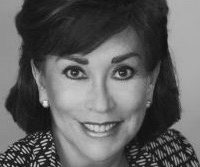 Bedford created The Bedford Group in 1986 when entrepreneurship enticed her to leave her successful career in advertising and open a consultancy specializing in marketing management. From the start, Bedford imbued the company with a client-centric vision that focused on strategic marketing; assisting corporations in building revenues profitably through smarter relationships with their agency partners and improving marketing organizational schema to optimize that result.

With a combination of marketing savvy and strategic disciplines, Bedford has created practice areas within The Bedford Group that have solved some of Fortune 250’s thorniest marketing problems. Her reputation for “out of the box” thinking and benchmarking techniques has also helped her formulate varied consultative relationships in categories of business from packaged goods (food, beverages, cosmetics and toiletries) to industrial products.

A well-respected advertising veteran, Bedford has been recognized within the industry as the person “a client would most want on their business” and was named the American Advertising Federation’s President of the Year during her tenure. Her client service experience is broad and includes Bank of America, Novartis, IBM, Newell Rubbermaid, Bell Atlantic, Wachovia, Shaw Industries, USAA, Cox Communications, Krispy Kreme Doughnut Company, GlaxoSmithKline, LensCrafters, America’s Dairy Farmers, Bush Brothers and Federated Department Stores.

Bedford is a member of the Atlanta Ad Club, New York Ad Club and American Marketing Association (AMA). She sits on numerous corporate and charity boards as well as serving in an advisory capacity for Auburn University’s College of Liberal Arts from which she holds two degrees. She is also an alumna of New York University. When she is not playing with her dog, Bedford can be found skippering her sailboat, Nirvana. 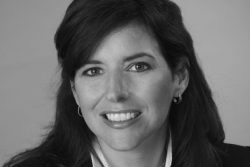 Provide your teams with the new skills to build stronger client relationships, impact their business, and grow the agency. Get instant access with our 30-day free trial.

We use cookies on our website to give you the most relevant experience by remembering your preferences and repeat visits. By clicking “Accept”, you consent to the use of ALL the cookies.
Cookie SettingsAccept
Manage consent

This website uses cookies to improve your experience while you navigate through the website. Out of these, the cookies that are categorized as necessary are stored on your browser as they are essential for the working of basic functionalities of the website. We also use third-party cookies that help us analyze and understand how you use this website. These cookies will be stored in your browser only with your consent. You also have the option to opt-out of these cookies. But opting out of some of these cookies may affect your browsing experience.
Necessary Always Enabled
Necessary cookies are absolutely essential for the website to function properly. These cookies ensure basic functionalities and security features of the website, anonymously.
Functional
Functional cookies help to perform certain functionalities like sharing the content of the website on social media platforms, collect feedbacks, and other third-party features.
Performance
Performance cookies are used to understand and analyze the key performance indexes of the website which helps in delivering a better user experience for the visitors.
Analytics
Analytical cookies are used to understand how visitors interact with the website. These cookies help provide information on metrics the number of visitors, bounce rate, traffic source, etc.
Advertisement
Advertisement cookies are used to provide visitors with relevant ads and marketing campaigns. These cookies track visitors across websites and collect information to provide customized ads.
Others
Other uncategorized cookies are those that are being analyzed and have not been classified into a category as yet.
SAVE & ACCEPT
Powered by